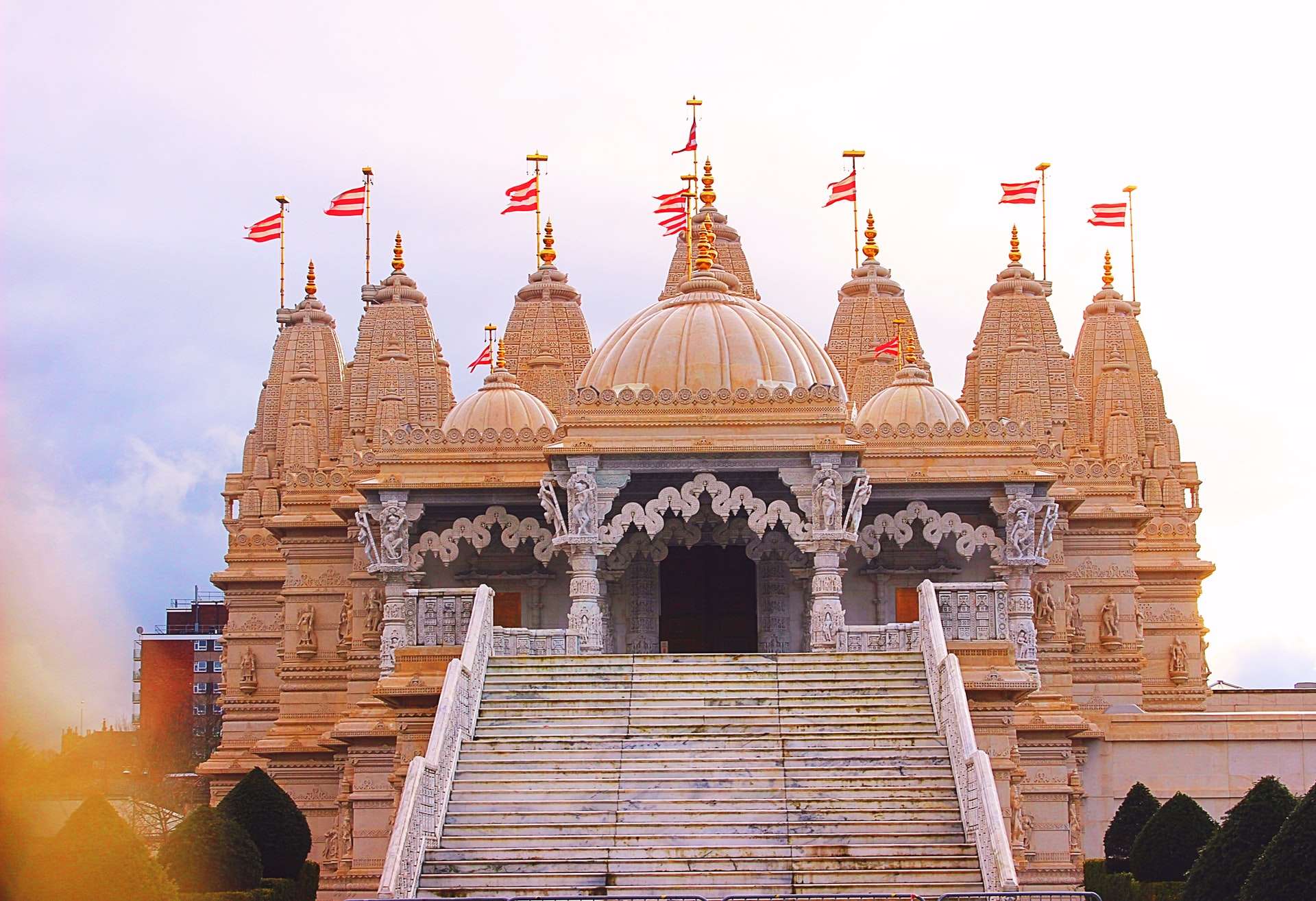 Have you ever pulled out your camera or mobile phone in a temple or place of worship and someone stops you from photographing? The architecture and interior are so beautiful, why can’t I take a picture?!

In this article, I’m going to answer the following questions:

So let’s start with: Can you take pictures in a temple? Taking pictures in them is fine as long no prayers are going on. However, all temple servants are not the same, some of them are friendly (with permission you can take pictures), and some are strict (does not allow you to capture pictures even if there is no prayer going on.)

Now you might think, why is it some temple servants or workers don’t allow us to take pictures?

Top 6 Reasons Photography is Not Allowed in Temples

Generall these places are forbidden for photo taking because they are havens for meditation and worship. Taking pictures can cause a security issue or distract worshippers.

Temples and other sacred places are specifically designed for worship and prayer. These include many statues and paintings which are quite expensive and some of them are made of gold.

Taking photographs in such places can be a cause of open invitation for thieves. There might be a security threat because photos can reveal the security system and other important information about the temple. Therefore, the security system there is extremely strict and it does not allow taking photos, especially during prayer.

In churches and temples, worshippers can pray in a secure environment. These places are considered as places of peace by people.

Banning photography in such places is that it may disturb worshippers and interfere with their worship.
When the camera and its flash are on, the noise from the flash can be irritating to those participating in worship.

Gold coatings on statues can also be knocked off by these flashes.

One of the main reasons behind the prohibition of photography at temples and churches is that these places are holy. Traditionally, people believed that all the images and sculptures in the temples represent their God.

Taking pictures is considered disrespectful to the culture and the Holy One they worshipped. Therefore, people visiting temples for reasons except worship must be very careful with their actions.

There is a negative connotation attached to taking photos at sacred sites because worshipers visit temples hoping to find peace and solitude, but photographs can end up diverting their attention.

In addition, people find it disrespectful to take pictures of their god because their sentiments are hurt. So they find it against the religion to sell the temple photographs for high revenue.

Some countries prohibit photography at temples because it is a local custom. Their local traditions emphasize the need for people to primarily focus on their gods during their worship rather than on other devices.

According to them, it does not matter how advanced the cameras we use today are from the perspective of cultural relic protection, the light they emit is more or less harmful to our Buddha statues, and the cost of repairing them afterward is incalculable.

6. Take away energy from the deities

One of the reasons for banning photography at temples is that it takes away the energy of their deity. There is a common notion that taking photos at temples will capture the energy and power of their god. According to them if many people do this, it will leave the deity powerless.

In the minds of Buddhists, Buddha statues have a “spiritual” consecration, and the flash of a camera will cause Buddha statues to feel uneasy, frightened, and disrespected.

How to Take Photographs In Temples?

Photography in temples is not allowed in most places. For this purpose, it is compulsory to take permission from the concerned authorities.

A person should keep the following facts in mind while taking photos at a sacred place such as a temple:

It is important to remember that temples are not for entertainment, so people should take photographs while respecting the place and the holy divine there. The privacy of the pilgrims offering their worship should be respected.

If there are calm surroundings, the sun is rising and everything looks pure, then shooting in a temple is ideal. While taking photographs, people should take into consideration the timing of rituals.

They should not capture pictures when there are many people participating in religious activities because this will cause disturbance for them or divert their minds from spirituality.

Temples and holy spaces do not allow photography in the central area, so everyone visiting them should respect that. It sounds great to take pictures of the sanctum, but if someone catches you doing so, it can cause serious problems.

It is important to work on the ISO when doing photography in temples. When taking pictures of rare sculptures, he needs the ISO setting to boost the lighting, as light inside temples is not favorable for good photography.

5. Experience Through Your Eyes

The main part of capturing pictures is to first embrace the scene with your eyes and then your camera. It is important to choose the best place to take pictures of a temple so that the beauty of the place can be appreciated.

1. Can you take pictures at a Hindu temple?

Photography is prohibited inside Hindu temples. Most of this is because people believe that people should visit here to connect with the Divine. That requires one to focus solely on the Holy Presence and let his spirituality embrace it.

2. Why are phones not allowed in temples?

Worshippers believe it is disrespectful to use mobile phones in temples. Most people focus on their phones instead of worshipping. Many Buddhists believe that mobile phones can harm their divine.

Mobile phones, according to the believers, create an annoying environment. The call of your dear one can sometimes cause a disturbance. Quite often, people take photographs of sacred places with their phones, which is an impolite act.

3. What happens if you insist on taking photos inside temples, museums, or churches?

If you insist on taking photos in a temple or church where photography is prohibited, then you can face serious consequences.

It can be very risky for you to take photographs in a temple or church where photography is forbidden. Your worst-case scenario is getting blacklisted from visiting the same place again.

4. Why is Photography Forbidden in Buddhist Temples?

Photography is forbidden in Buddhist temples to protect the Buddha statues. Buddhas are all sentient beings. Taking a photograph with your mobile phone can harm or scare the divine and it is equal to bringing the Buddha home.
In old traditions, this is considered a “disguised kidnapping” by the Buddha, which means that a limited amount of light can shine from the Buddha.

Finally, I must say that people visiting sacred places should observe the rules and try not to break any of them. As long as they are allowed to, they should take pictures at that location, otherwise, they should not offend the authorities. It is important for them to respect the customs and traditions of the locals and their religious beliefs.