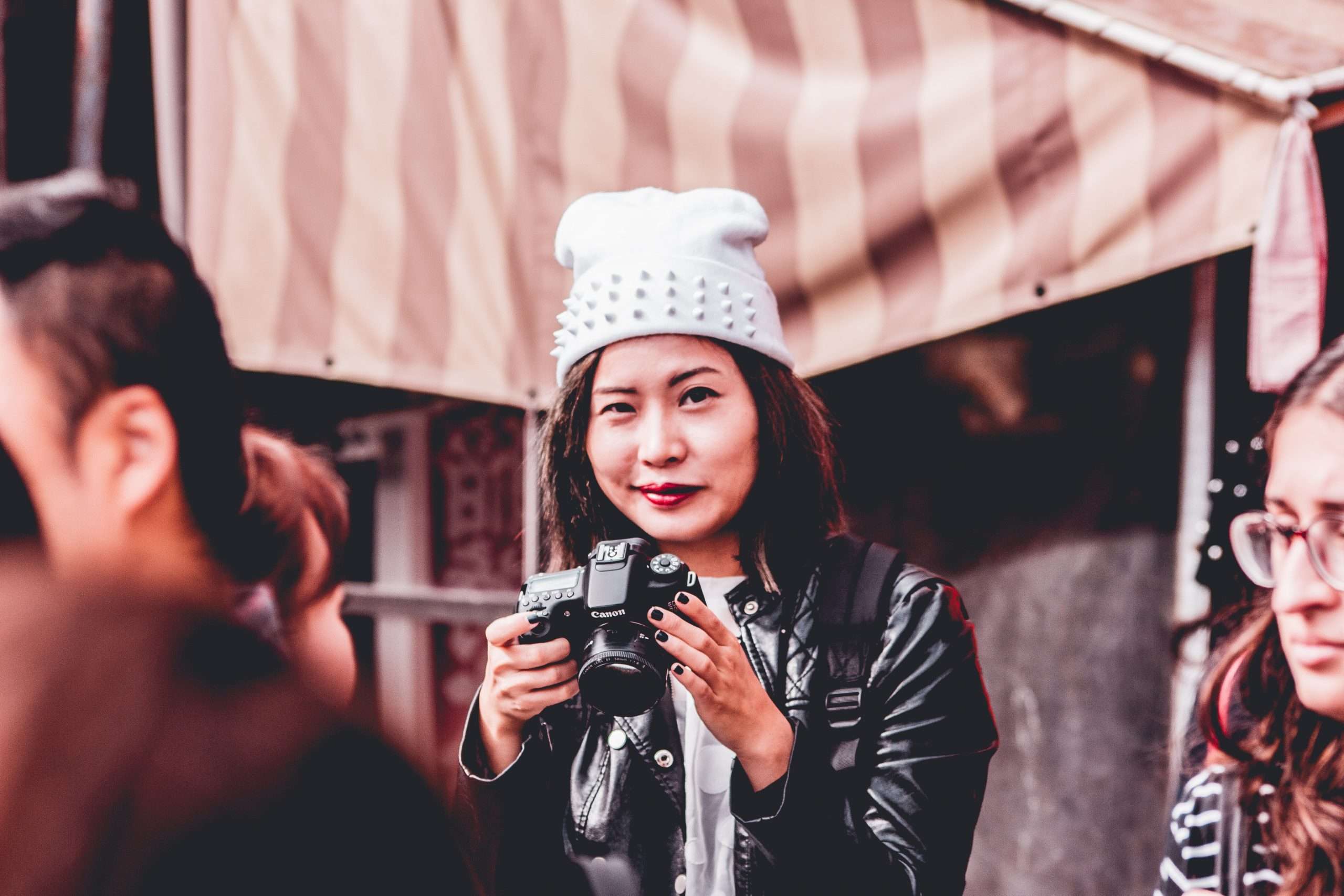 Like many, I am always interested in the latest camera technology.  My current favorite is the Sony A7Siii.  This camera is extremely user-friendly with great internal stabilization and it performs well in low light conditions.  It is also a Japanese brand.  So why are most cameras Japanese?

But why are Japanese cameras so popular, and how have they managed to stay so highly rated for almost a decade?

Why Are Most Cameras Made In Japan?

Surprisingly for such a small country, Japan ranks in the top five countries worldwide when it comes to scientific research and technology.  They spend an estimated $130 billion US dollars on research every year – the third-largest budget globally – and have more than 677,731 active researchers.

The Japanese emphasize iterative design, precision, and quality, ensuring that their products are a cut above the rest.  Japanese culture abhors creating the built-in obsolescence we are so used to seeing in the West, so their products tend to have a longer lifespan.

This is apparent in the excellent products made by Sony – like the A7Siii I bought a few months ago.  The Japanese tend to release regular firmware updates that keep their cameras operating at professional levels for longer.

With all the research and development combined with the Japanese perfectionist tendencies, it’s no surprise that the Japanese cameras tend to outshine their foreign competitors.

With three Japanese companies, Canon, Sony & Pentax, accounting for around 85% of the market share, it is no surprise that most cameras are manufactured in Japan. Japan’s Rise To The Top of the Camera World

The first camera was brought to Japan on a Dutch Ship back in 1848. It ended up in the hands of Shimazu Nariakira.  Nariakira was the subject of the first Japanese photograph, taken using something called the daguerreotype process by Ichiki Shirō.

In the 1850s — against its wishes — Japan opened its doors to foreign trade.  Many foreign photographers visited the country, taking pictures of the gorgeous landscapes and interesting people.  This led to a rise in Japanese interest in photography and the establishment of Japanese photographic studios.

As the Japanese became more knowledgeable about the photographic process & technology, cameras began to be manufactured and sold at lower prices, and photographic clubs and magazines across the country flourished.

Before WWII, the German Leica Camera and its competitors, Contax & Zeiss Ikon, dominated the 35mm camera market with superior technology and quality lenses.

After the war, the German Industry was devastated, and eventually, Leica & its competitors were eclipsed by Japanese quality & innovation and significantly lower pricing.

Japan saw an economic boom from the 1960s to the 1980s, which was a factor in driving camera technology & sales.  The Japanese reputation for excellence was helped by the government’s quality control program, which ensured only excellent quality products made it to market.

The Japanese use of single-lens reflex (SLR) technology in their cameras was the biggest camera technology innovation in the 1960s and contributed to their growing reputation.  To find out what makes SLR cameras different, check it out here.

Japanese brands like Nikon, Canon, Olympus, Minolta, and Pentax established themselves worldwide as the first choice for both amateurs & professionals.

Why Are Japanese Cameras Famous?

The Japanese have much in common with their WWII Allies, Germany, in that they are perfectionists and sticklers for detail.  This attention to detail and a cultural appreciation of constant improvement and innovation have ensured that they have stayed the dominant force in camera technology.

Before WWII, Japan already had a thriving professional camera industry; however, it was not very well known outside of the country.

After the war, brands like Nikon, Canon, and Asahi (later Pentax) managed to rebuild their factories and take advantage of trade agreements with the US to start exporting their products to the West.

Nikon was the first Japanese-made camera to make it big after photographers for Life Magazine stopped in Japan en route to Korea and happened to buy some Nikon lenses for their Zeiss Contax cameras.

The images they captured with those Nikon lenses were so sharp that they stunned the technical staff in the magazine’s New York headquarters, and the brand’s reputation was made almost overnight.

In large part, due to their lower pricing and more compact design, Japanese brands captured the prosumer and amateur market and have largely dominated that market ever since. Which is the Best Camera Company in the World?

What Is The Most Popular Camera In Japan?

Around twenty-five percent of Japanese consumers say that the Pentax camera is their preferred choice, with Nikon coming in 2nd with almost twenty percent of consumers surveyed.  Sony and Canon come a distant third & fourth, respectively, each with around 13 percent market share.

Which Cameras Are Still Made In Japan?

As mentioned above, Japan still manufactures the lions-share of cameras worldwide.  Brands that continue to be made in Japan include Canon, Casio, Epson, Fujifilm, Nikon, Olympus, Ricoh, Panasonic, Pentax, Sigma & Sony.

Most cameras are made in Japan because the most popular camera brands just happen to be Japanese.  The popularity of Japanese cameras has a lot to do with the fact that they spend such a lot of money on research and development, specifically in electronics and science.

They happened to capture the consumer and prosumer market at a time when that market was just taking off and have stayed on top through their solid reputation and superior design & technology.