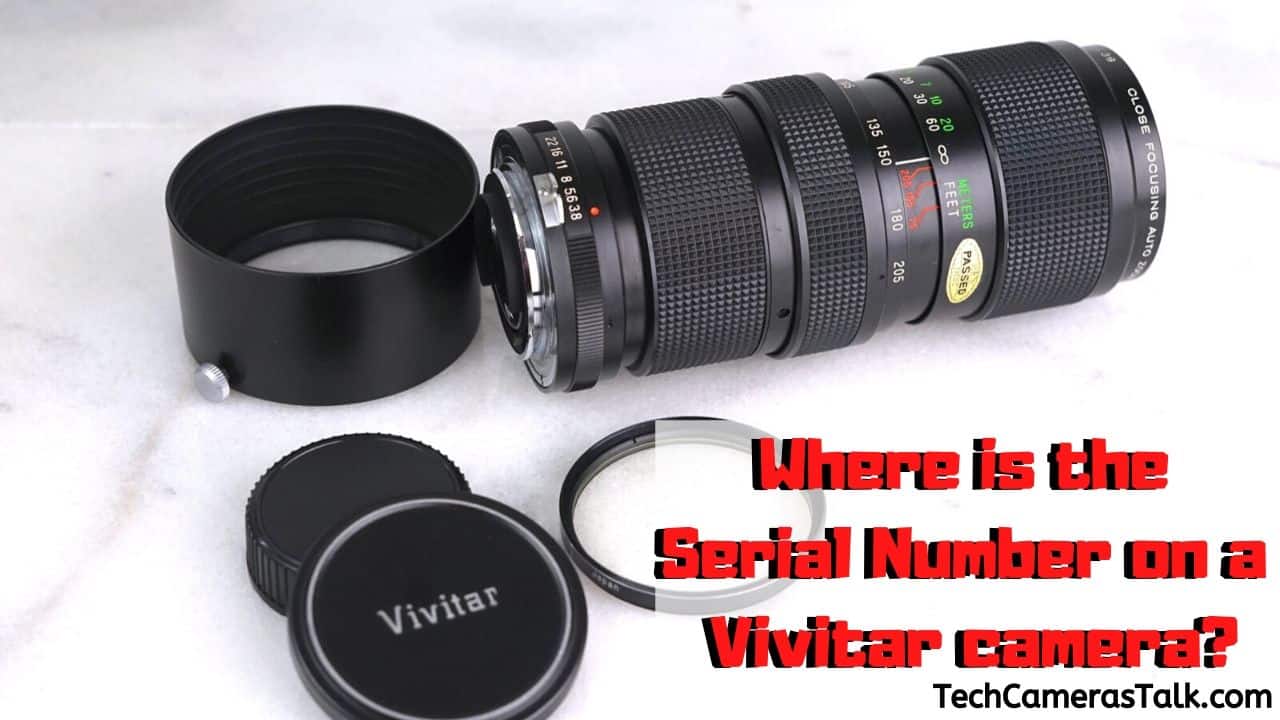 If you want to know where the serial number on a Vivitar camera is, then keep reading this article, and you’ll know all your answers.

The reason it’s hard to find Vivitar serial numbers is that they never published any documentation of serial numbers. The second reason is they didn’t manufacture all cameras and lenses, which labeled with the Vivitar brand.

To find Vivitar serial numbers, we break it down into different parts such as year, sequence number, and number that represent manufacturers. In the case of Vivitar, their number is 22.

Serial numbers on a Vivitar camera placed on the lens, inside the battery or backside of the camera.

You’ll see a serial number on a Vivitar camera or lens, something like that SN:22xxxxxx, and they never mention the exact meaning of this number.

Next, if you do not figure it out, then you need to break down the number. The first two digits show which company manufactures. So Vivitar has number 22.

The next two numbers show which year they produce it, and the last four figures show how old this model is.

How to identify the original manufacturer of lenses branded Vivitar?

To identify the original manufacturer of lenses that are branded as Vivitar first, you need to understand how they work.

What a Vivitar Camera is and How it started?

Before Vivitar, they are known as Ponder and Best, and before world war II, they imported photo equipment. Later they started importing cameras and lenses as well.

They play a crucial role in introducing many brands in the American industry, including Mamiya/Sekor, OM-System, Kobena, etc.

Long story short, they started a company that focuses on camera lenses in 1960 and competed with all other lens manufactures, and they named it Vivitar.

They manufacture lenses that are compatible with all other built cameras. When they start manufacturing lenses and cameras, they approach professional lens manufacturers companies such as Kino Precision and makes a deal with them.

In this deal, Kino Precision agreed to manufacture lenses for them and labeled them as Vivitar, and in return, they got a commission.

After the success and when people know about them for good quality. They launch their first 35mm film camera, which is also manufactured by another company named Cosina and labeled as Vivitar.

Above I mention how you can break this number so you can learn from there.

Because Vivitar did not mention anywhere about how they give a serial number to a camera and lens. So it’s difficult to Vivitar lens mount identification.

I hope this guide will help you to find, where the serial number on my Vivitar camera. If you find this guide useful, then please don’t forget to share it.